Besieged on a steep rock and with the panoramic backdrop, at the 10 Km distance from the Panvel city, there is a majestic venue Karnala Fort. It is also known as Funnel Hill or Hill Fort. This fort was built during 13th century and keeps a significant place in history as it was the capital of the Konkan region. It has seen the reign of Devagiri Yadavas, Tughlaq, Gujrat Sultanate, Nizam and Portuguese. It is located on the main tradeoff route of this area—Bor pass.

In 1670, Shivaji captured this fort from Portuguese for fortification to defend the territories in war. Aurangzeb took over it after Shivaji’s death in 1680. Later it went to Peshwas of Pune after their rise and then British East India Company won the fort in 1818. 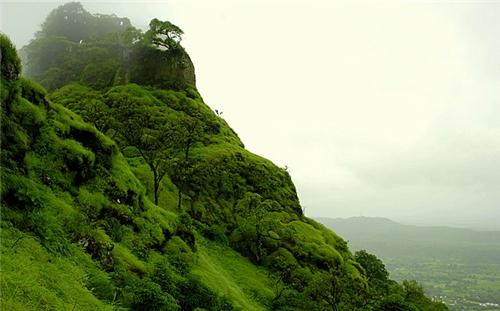 This fort in Maharashtra is located at a little height, about 1500 feet above from the sea level, but you can’t figure it out as its path goes through the Karnala Bird Sanctuary. The entrance of the fort will be visible after reaching a small upland and you will have to cross a broken gate to reach at the top. There are many carvings of elephants and tigers embellishing the entrance of Karnala Fort.

There are only a few things left to walk around at the peak of this fort, such as some ruins of a few buildings, warehouse, watchtower and a few water tanks. There are two towers inside the fort, one at the lower are and one at the highest peak. Center of the higher tower has a 125 ft. high slag pillar in ruined condition, and once was used to be a lookout post also known as Pandu Tower. The highest tower is a good place for trained climbers, however it has become dangerous due to beehives and during monsoon climbing is prohibited. There is a water reservoir which serves the need of fresh water.

There are two types of inscriptions in this fort—Marathi and Persian. This can be a place of interest for the cryptanalysts and language decoders, as the Marathi inscription on the lower gate of inner side is indecipherable yet. The Persian inscription is found on the upper gate and it says “Syed Nuruddin Muhammad Khan, Hijri, 1147 AH (1735 CE)”, which indicates the commandeering of Mughals over this fort.

Karnala Fort gives a nice view of surrounding places from the top, Bhimshankar to the east, Haji Malang, Matheran and Prabalgad to the northeast, Duke’s Nose and Rajmachi in the south and the hill range of Mahal Mira and Mumbai metropolis in the southwest and west. The foothills of the fort has a vast area of Yusuf Meher Ali Center, which has eight to nine types of cottage industries started by the freedom fighter Yusuf Meher Ali. These cottage industries have given service and resources to the people of the nearby villages. These industries ranges from agriculture, wormy culture, bakery, pottery, soap industry and oil extraction. 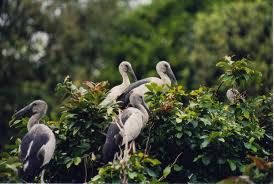 Located around the historic Karnala Fort, the Karnala Bird Sanctuary is located just under the nose of Panvel, hardly about 12 Km from the city. It is one of the protected wildlife sanctuary on the Konkan coast. It’s a best place for various types of entertainment, such as a bird sanctuary for bird watchers and adventurous trek. Karnala fort aids as a thumb of Karnala Bird Sanctuary and both of the places add up to a refreshing break from the life of metropolis. 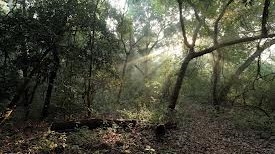 The sanctuary is a dense forest but tiny in size. It is about of 4.8 Sq Km and resides 150 species of resident birds and over 37 types of migrants. As soon as you reach Karnala, weather will become revitalizing, like an oasis of wild life. The forest is humid and fugitive and a casual walk across the wood will give you an abiding pleasure.

From the entrance of Karnala Fort, there are two ways to reach the forest. One is to take the man-made steps at the right from the entrance leading directly to the forest and the other one is to take left and follow the arrow symbols shown on the tree. It is the home of birds like Crow Pheasant, Drongo, Grey Horn Bills, Koels, Robins, Scarlet Mine vets, Shashi Pheasants, The Great Indian Horned Owl, and White Back Vultures.

During the beginning of monsoon you can see Paradise Flycatcher, Shama or Magpie Robin and 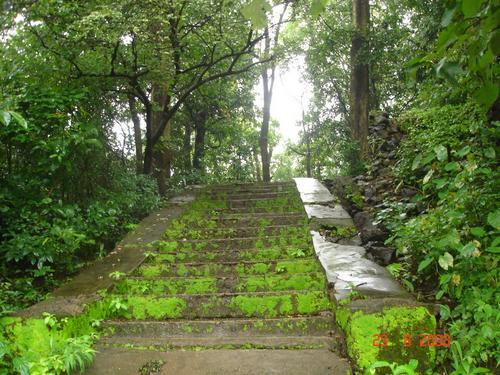 Though, this sanctuary is famous for birds but this also the home of Antelope, Foxes, Hares, Langur, Monkeys, Muntjak, Mongoose and Wild Boar. The fauna of the sanctuary is also very rich with the trees like Mango, Fig, Jamoon, Karvanda, Neem, Koshimb, Nana, Kalam, Teak and Umber. Nature Interpretation Center is also a nearby interesting place to visit.

Explore more about Travel and Tourism in Panvel