Business and Economy in Panvel 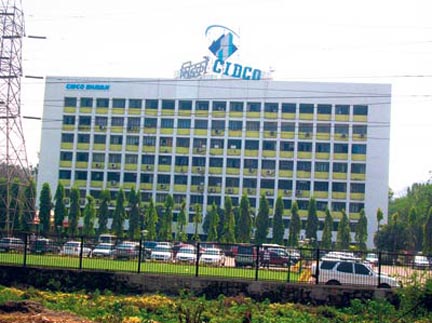 Panvel is going to be listed in the series of highly developed city of South Western India in coming few years. The city is now coming to the lime light of major industries in India. The major commercial developments taken place in Panvel can be found mostly in areas of New Panvel. The New Panvel city has been developed, governed and maintained by the city and Industrial Development Corporation of Maharashtra limited (CIDCO).

New Panvel has been listed as the only mega city in India in the series of ‘Super Cities of the World’ by the National Geographic Channel.

Some of the big companies like Hindustan Organics Chemicals Ltd, Reliance, ONGC, Larsen & Toubro Limited,  IPCL has already made its establishment in the city to provide employment to masses.

New Panvel has come into focus due to the proposed project of Navi Mumbai International airport.
A new project of airport named “green-field world-class airport” has been approved by the government which led to the enhanced construction activity by some of the biggest developers in and around the city.

The development of city has initiated with a real estate project in 19970 with an aim to provide shelter to workers working in the neighbouring MIDC areas such as Patalganga, Taloja, Pen and Rasayani.

Reliance SEZ project is also coming in the vicinity of city.

Gulf Finance House Economic Development Zone is the biggest upcoming project in New Panvel which will provide residence to about 140,000 citizens.

Hirco following the same trend has acquired 66.4 hectare of land for the housing project with the name of “Hiranandani Palace Gardens” in Chennai and Panvel.

Kalpataru Riverside is another housing project developed in the city of Panvel with 14 multi storied buildings offering 2BHK flats. The place is quite near to railway station and consists of all features required for an ideal residence.

The Panvel Mega City project has been approved by the Mumbai Metropolitan Region Development Authority. Project is based on the division of the city into three zones Entertainment City, Information Technology and Telecom City and Energy City.

As of many projects have been undertaken by the Government of Maharashtra likewise, an airport is going to build in the city in an area of 1,500 hectares. This big project will cost about Rs 3,000 crore and Rs 6,000 crore. The Project by Godrej city Panvel, Mumbai will add a huge amount of revenue to real estate industry and give shelter to many.

Hotel industry has also widen its arm in the city with about 14 economy hotels equipped with advanced amenities for the visitors to have a  comfortable stay in Panvel.  The room in economy hotels cost below Rs. 2500.