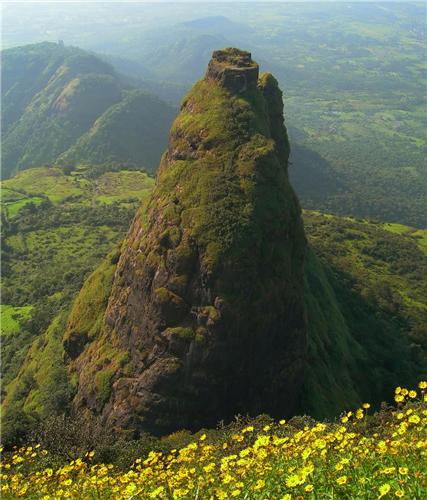 Panvel - a city known as the gateway of Konkan region is located in Raigad district of Navi Mumbai. It is one of the most populated cities in Maharashtra. It is said that the city was formerly known as Paneli or Panelim and was used to be a fully-fledged and flourished. The major reason of its prosperity was its trading routes which included land and sea. The routes were developed during Mughal period and later kept developing by Portuguese, British and Marathas. The city was used to be known for its rice market.

During Peshwani period, this city was described by the large palace-like homes. Also, during the era of Chatrapati Shivaji, there were historic canons situated at the port of Panvel. There are 42 sectors in this city, which are divided in two parts, New Panvel East and New Panvel West. It has the oldest Municipal Council of Maharashtra known as Panvel Municipal Council (PMC), which was established in 1852. The recent development in Panvel is being administered by CIDCO.

As situated on the banks of Panvel Creek, the city observes the progressive unpredictability of water quality. Temperature of Panvel ranges from min. 17°C to max. 34°C. It spots about 45% humidity, 11 km/h wind and 75 cm of rainfall on average in a year.

This city offers a rich heritage along with diverse culture. It shows a mixture of history and modern age with its spectacular hill fort, bird sanctuary and temples.

India is known for a number of splendid festivals and Panvel celebrates and most of it with zeal. However, the most famous and magnificently celebrated festivals are:
People of Panvel are fond of these two festivals and to understand their savoring passion one has to personally experience it. Recently, few societies have also started organizing a one-week or maximum ten days fairs during December, which includes shopping, plays for kids, variety of cuisines with lots of fun.

Panvel is home of many industries. Maharashtra Industrial Development Corporation (MIDC) is nearby Panvel, which provides mass employment with infrastructure to the residents of the city. Few major industries in this city are:
Government has declared that a Reliance SEZ is also coming soon around Panvel, which will provide a number of hospitals, colleges and schools to the residents of the city.

Many major highways meet in Panvel and makes it well connected with the most of the places in India. A few major highways are NH 17, Mumbai - Bangalore National Highway (NH-4) and the Mumbai-Pune Expressway. New Panvel has well planned and wide lane roads. However, Old Panvel has relatively less maintained roads, which are also congested due to lack of planning. There are Auto rickshaws to travel in Panvel.

Air: Panvel is nearby the proposed Navi Mumbai International Airport, which has got clearance from International Civil Aviation Organization (ICAO) and Central Cabinet. Being built through private sector partnership, it is at the stage of global tendering.

Rail: Panvel is a major junction on the Konkan Railway and comes under Mumbai division of central railway. Central line, harbor line, western freight corridor and konkan railway line meet in this city. It is a refueling point for locomotives and also handles crew change for long distance passenger and freight trains. Panvel railway station has different platforms for suburban trains and main line trains.

Bus: Panvel has two main bus stands, one is NMMT near railway station and another one is Panvel – ST near national highway. Buses for Dadar, Dombivli, Kalyan, Thane or outside the city are available at the ST bus stand. AC Volvo buses are available at NMMT from Panvel to Dadar. Buses for Thane and Vashi are also available here.